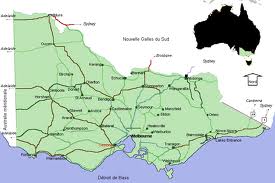 "Victorian mental health services will trial an overseas initiative aimed at making psychiatric wards safer, as the Napthine government moves to reduce patients being restrained and locked in rooms.
The state government will announce a $2 million package to drive down the controversial use of seclusion and restraint, which includes a $1 million trial of an international model of care known as Safewards.
Community Services Minister Mary Wooldridge said the initiative, which originates from Britain, reduced the use of restrictive interventions by addressing patient behaviour that could result in violence or self-harm.
“The Safewards model describes how mental health services themselves can create potential ‘flashpoints’, or situations where conflict could arise and empowers staff to act to prevent, manage and influence these situations before things escalate.”
The project will be trialled at seven Victorian metropolitan and regional health services and then evaluated.
While mechanical restraint involves using belts, harnesses, sheets and straps to control a patient's movement, physical restraint uses force, while seclusion involves locking a patient in a room.
The most recent health data shows the use of seclusion among adult mental health patients has dropped in the last six months to an average 12.8 events per 1000 bed days.
Professor of Mental Health Nursing at NorthWestern Mental Health and the Australian Catholic University, Brian McKenna, said UK evidence showed the initiative reduced restrictive interventions in mental health facilities by improving communication with patients.
The $2 million package - which will help services through the implementation of the new mental health act - also includes $230,000 for sensory modulation equipment for Victorian mental health services.
It comes as the Health and Community Services Union continues to raise concerns about workplace violence against mental health nurses, which they say has intensified in recent years.
The union has set up a hotline so members can record assaults and attacks by patients. It is also conducting research with the University of Melbourne into violence in the state's mental health services.
Public Advocate Colleen Pearce said she applauded any serious, evidence-based initiatives by the state government to prevent conflict which can lead to violence and the abuse of people being treated for a mental illness.
“People in these sensitive settings are extremely vulnerable and powerless and are only there because they need medical treatment. They must be afforded the care and respect their condition demands for them to be able to return to health.”
The Office of the Public Advocate has called on the government to eliminate the use of restraint and seclusion in mental health facilities."